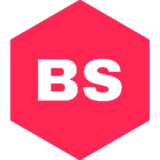 - the only interpretor with a wide execution mode -

BLAST is a runtime bytecode compiler & interpretor that can interpret scripts at runtime in a native burst compatible environment. It can run single scripts or expressions over large datasets using a vectorized interpretor achieving a higher performance in ssmd mode on scripts then often possible when programmed in a managed language

SSMD is the execution of a single script on multiple sets of data. Single Script Multiple Data. It allows blast to vectorize script code which would normally be very difficult or impossible to vectorize or execute efficiently otherwise. Many code patterns can be vectorized if seen as operations on arrays and by utilizing this fact from the ground up while interpreting script the ssmd interpretor can reach maximum SIMD performance in code segments that would otherwise have costed the developer a long time to rewrite and optimize. The difficulty now is in managing your data so you can feed it to blast fast enough as often managed data management can cost more performance then blast interpreting it.

This performance comes with limitations:

Disclaimer: This is package is under active development and we are very open to suggestions.