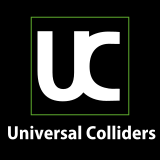 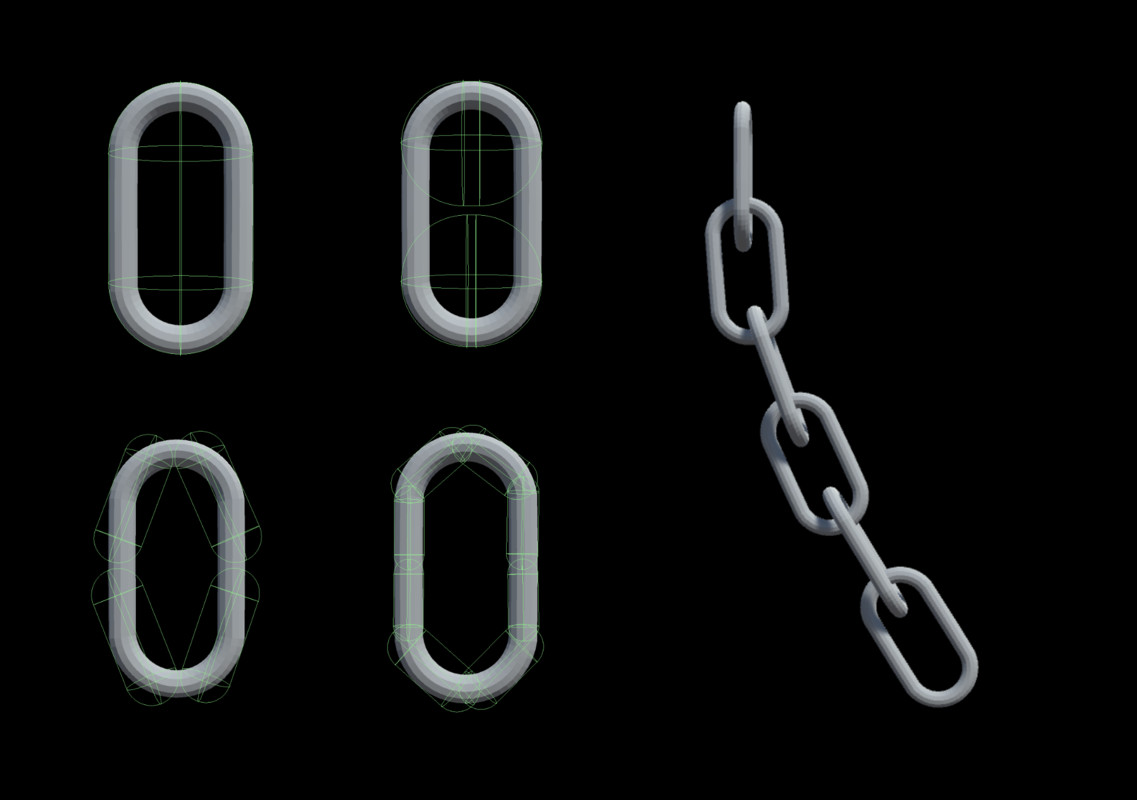 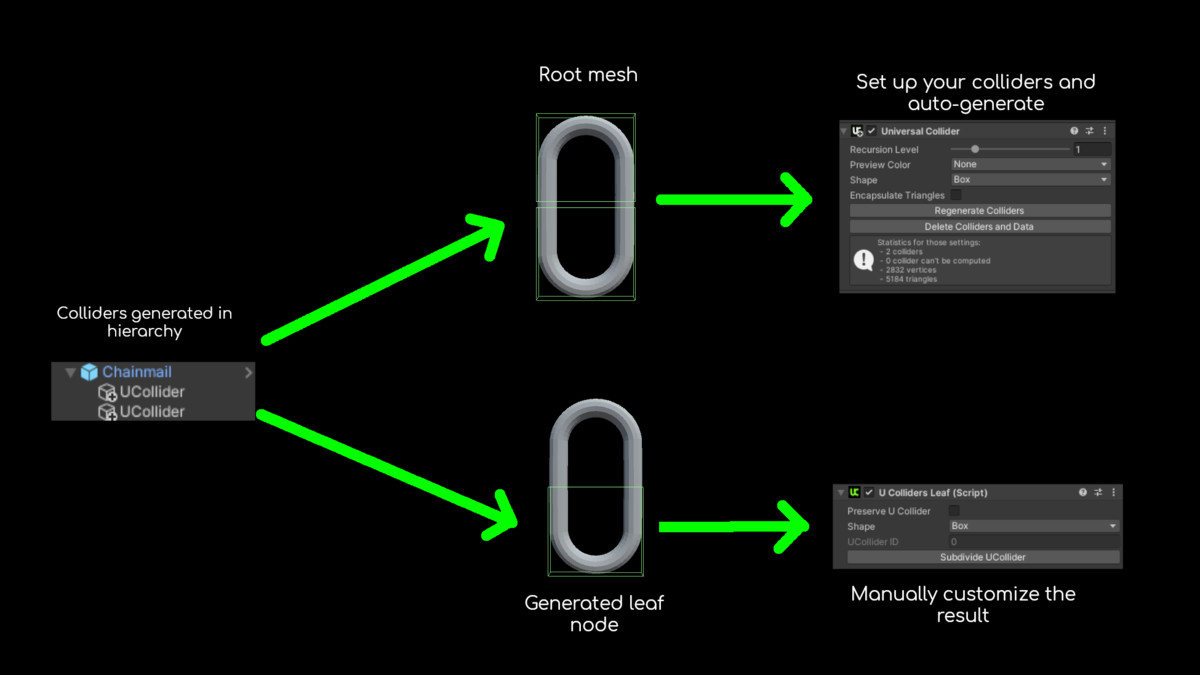 Colliders are often an issue in your games: you are in a constant struggle between game performance putting as few colliders as you can, and realism. Moreover, Unity does not support non-convex mesh colliders.

This package uses a mathematically based method to generate colliders using Unity built-in types. The colliders have little impact on memory, so they can be generated at game start or during runtime without performance issues. They match your mesh, whatever it is, so you can use non-convex colliders at will.

Moreover, thanks to our mesh subdivision utility, we also support perfect fitting mesh colliders, without limitations: you can generate non-convex mesh colliders with an unlimited number of triangles.

The following package are under MIT License: Math.NET DLL plugin, as well as the 3D model of Suzanne, provided by The Blender Foundation.