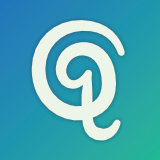 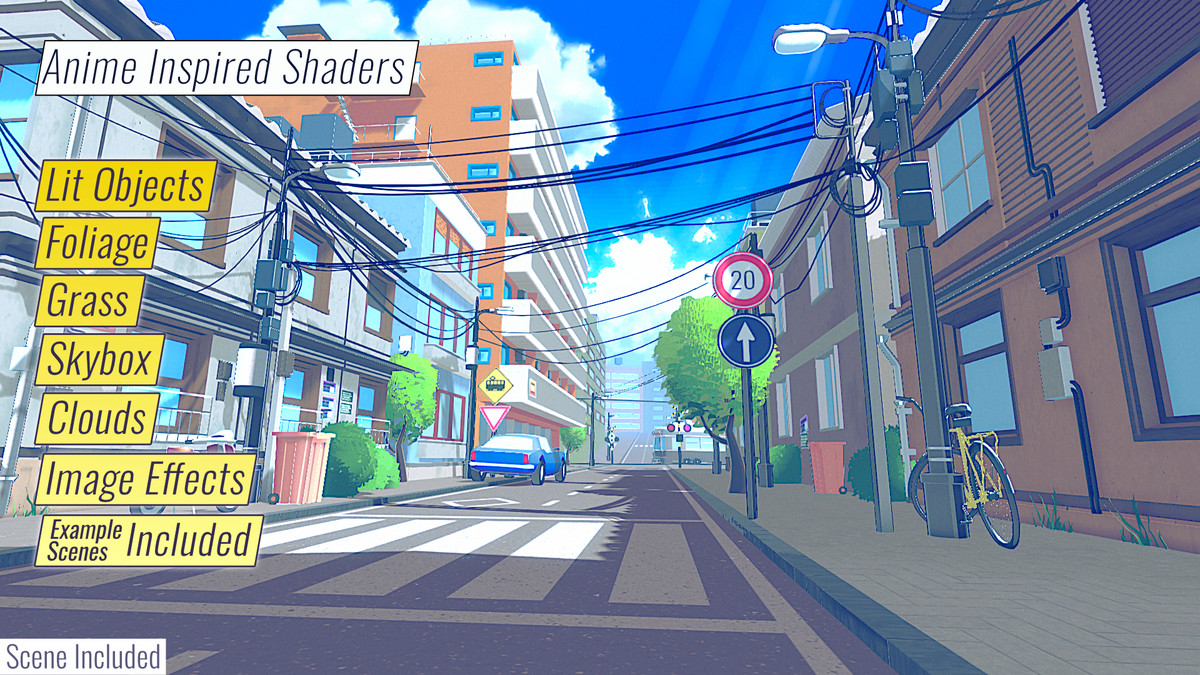 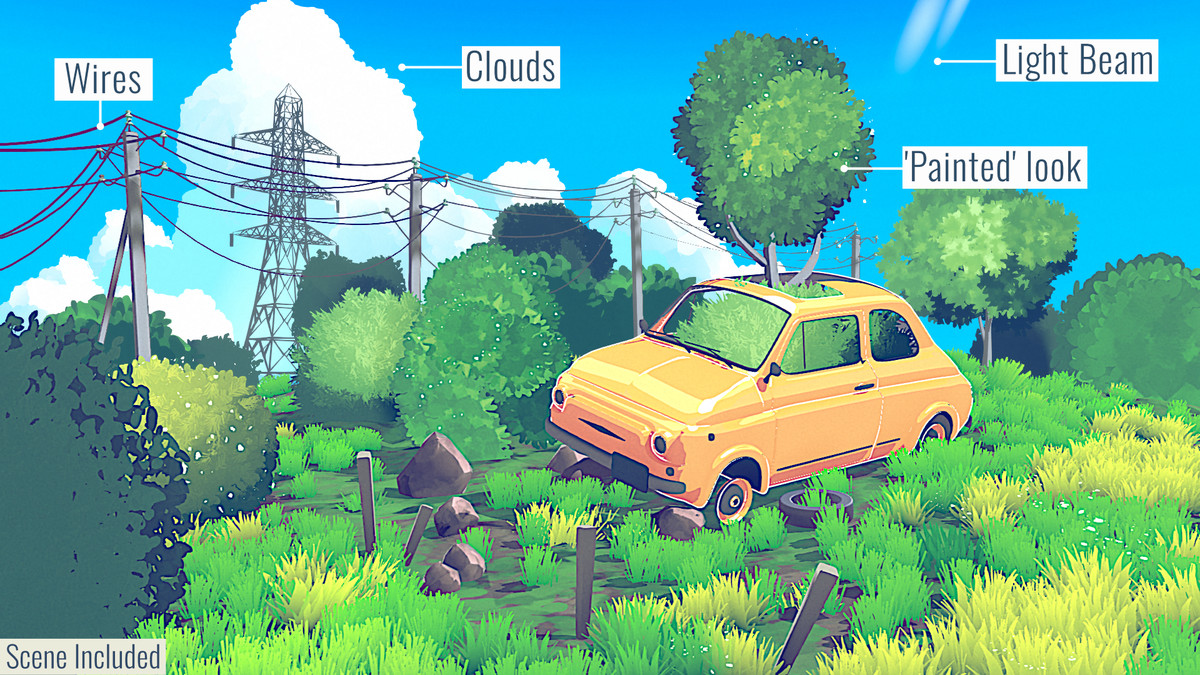 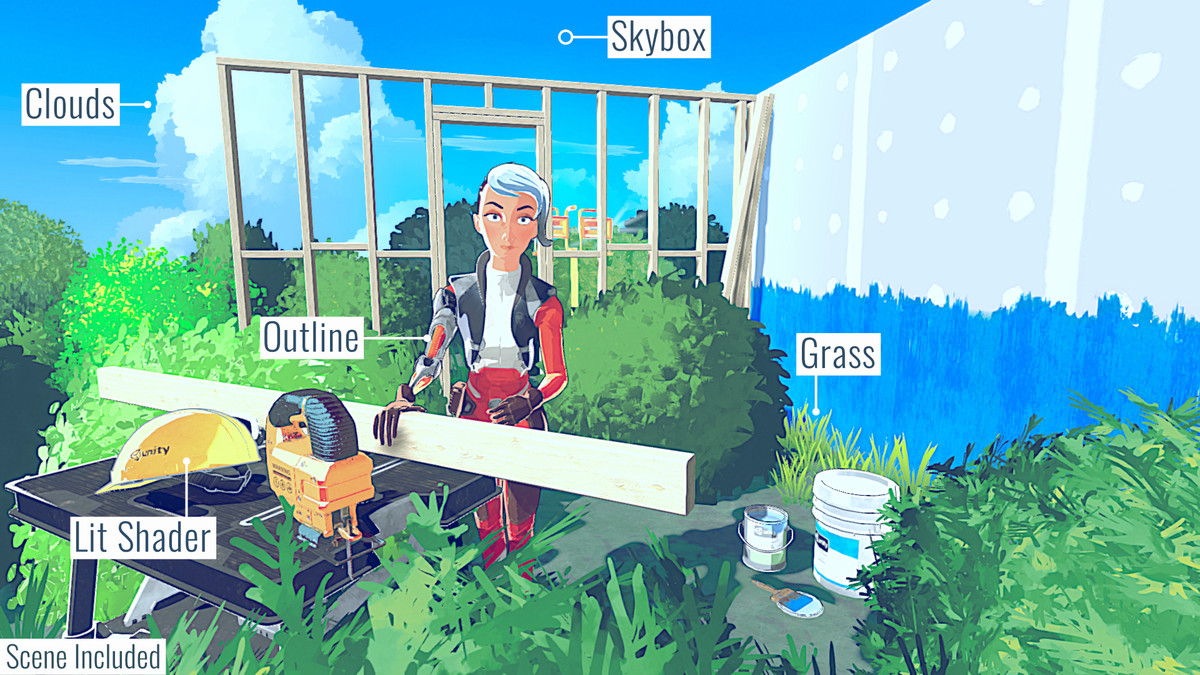 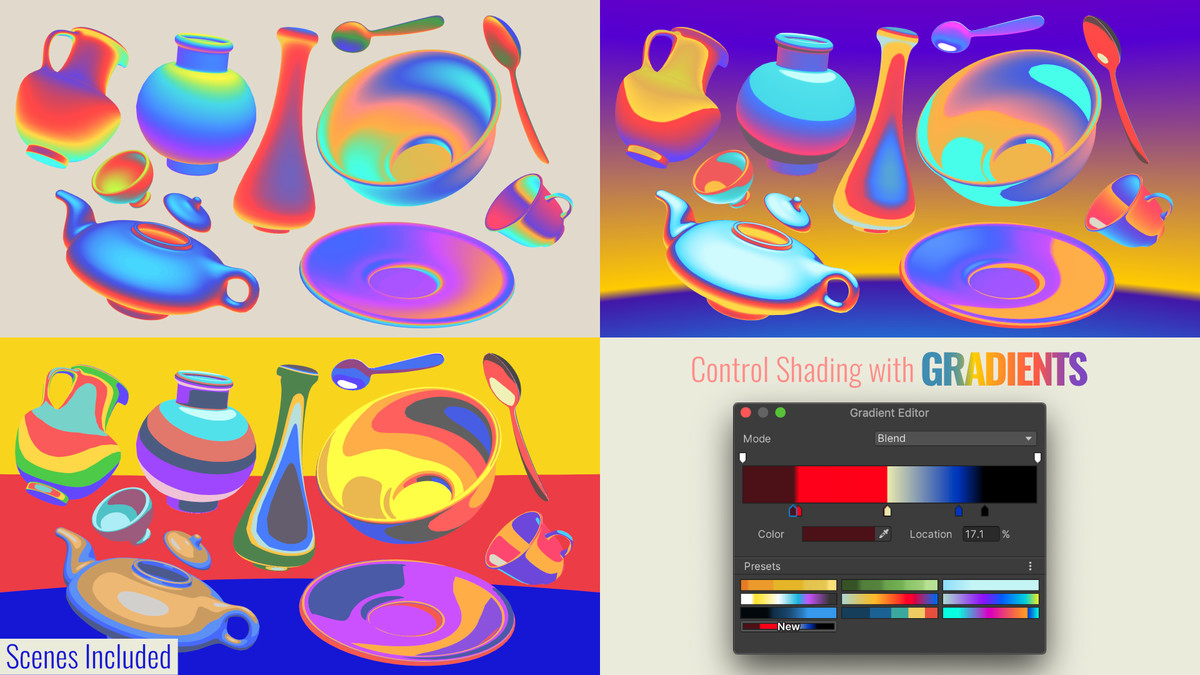 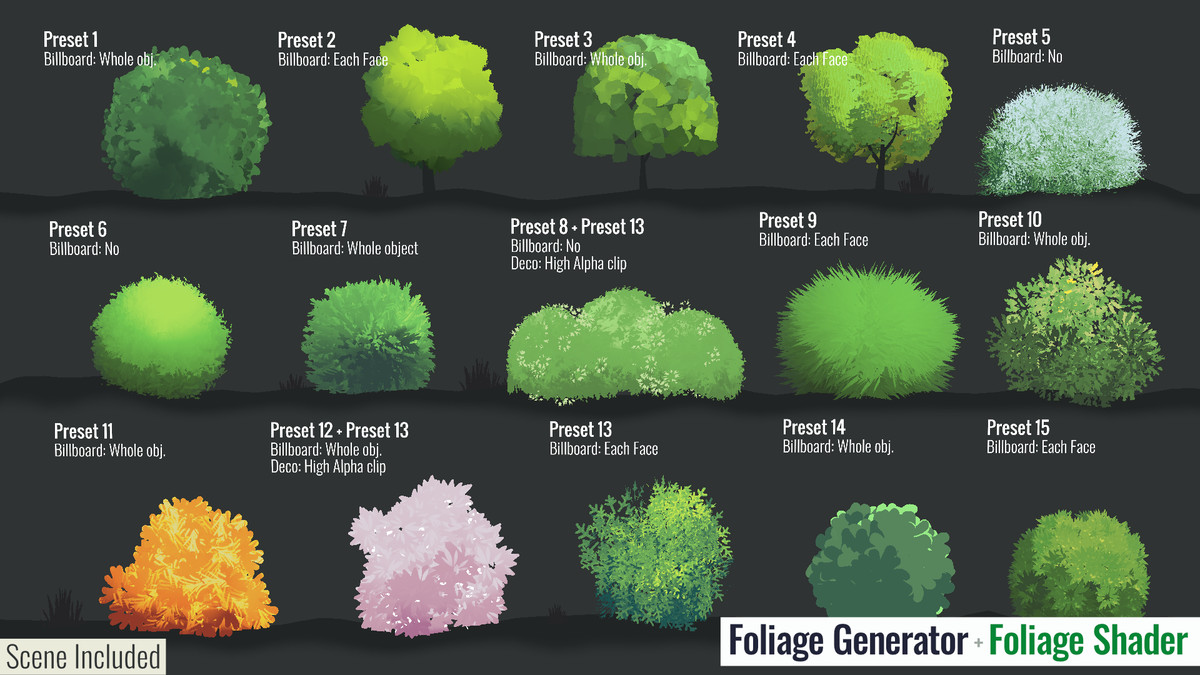 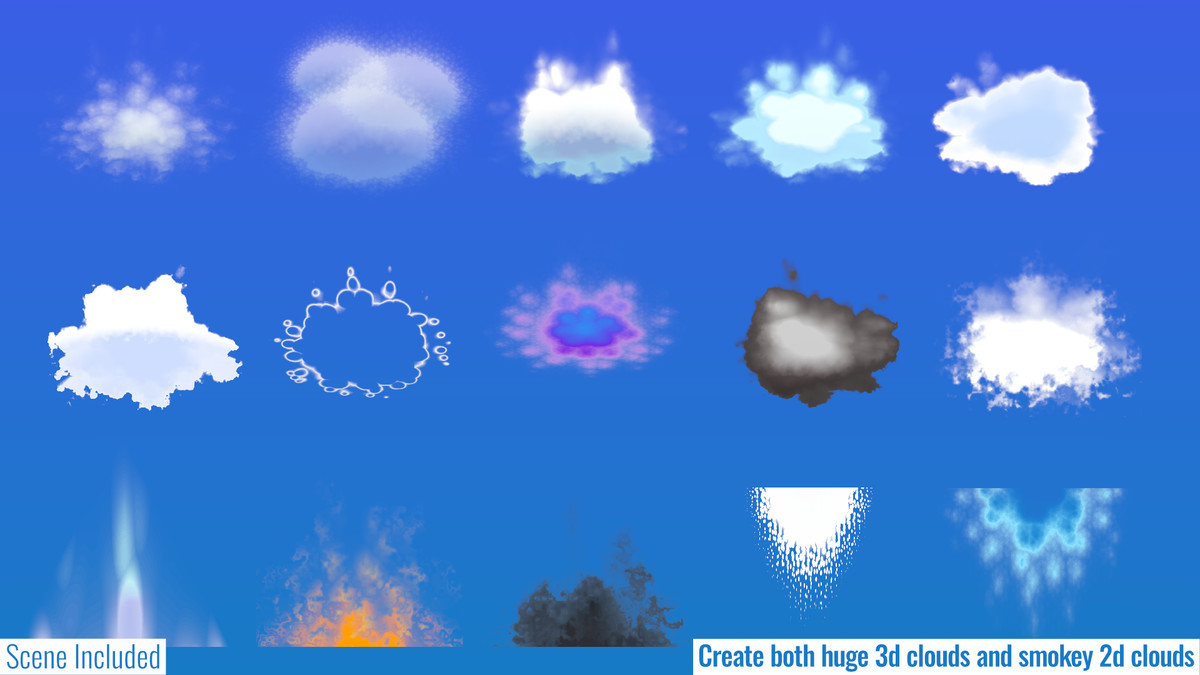 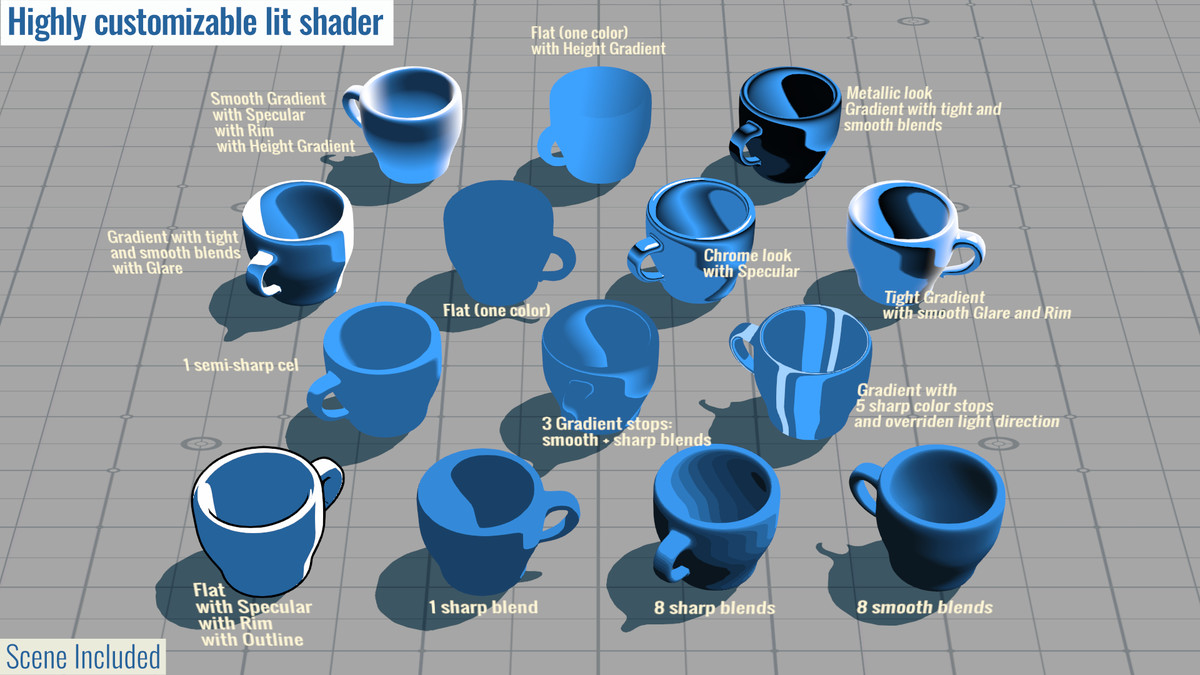 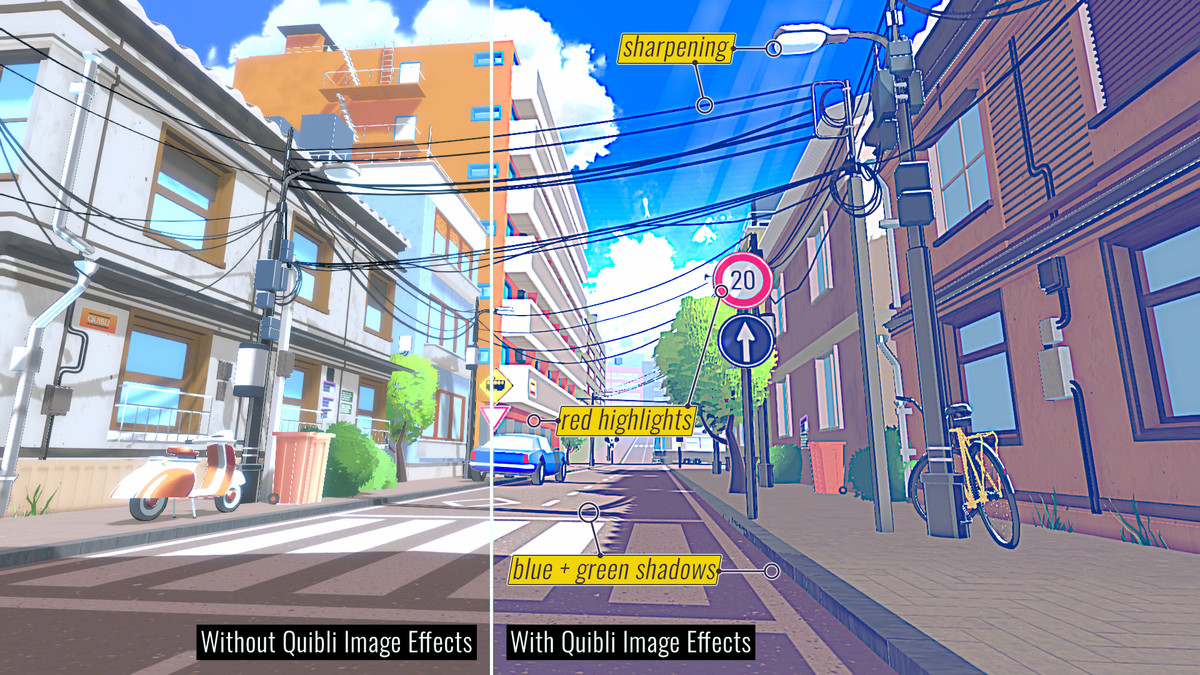 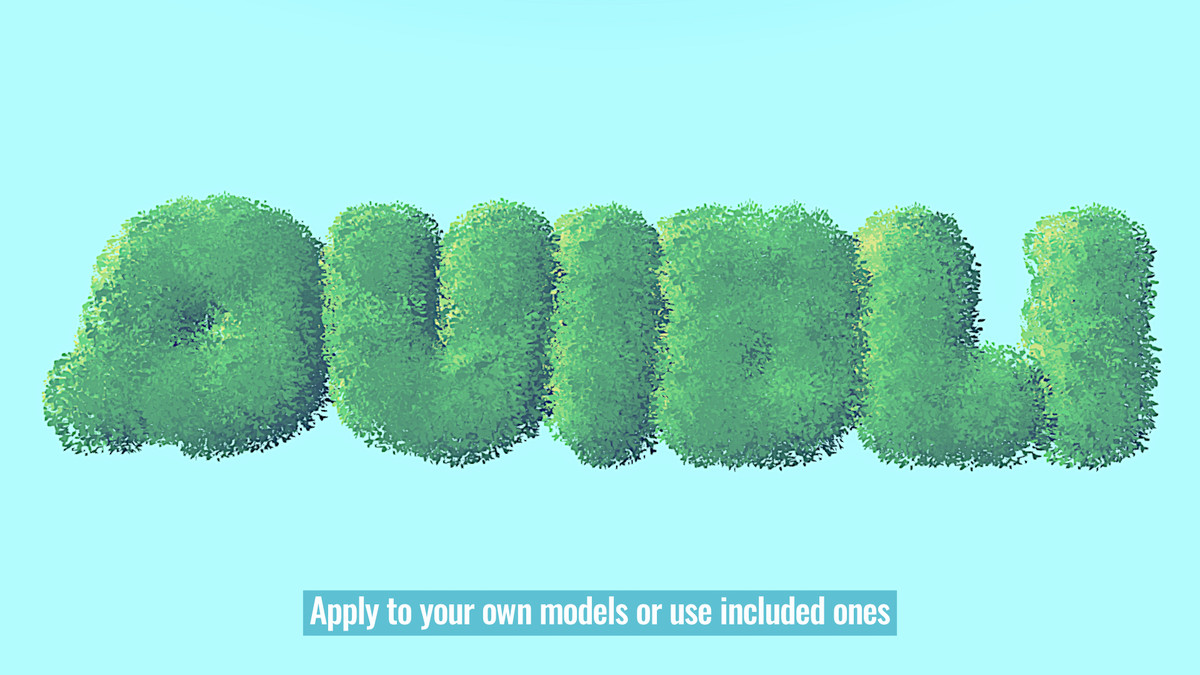 FAQ | Documentation | Get support on Trello | Report Issue on GitHub

Quibli aims to provide all the tools you need to achieve an anime-inspired look, without restricting you to a particular style. We included many example scenes, which you are welcome to use. Quibli helps you create your own assets and create the anime look you’re going for.

A non-photorealistic replacement of the standard lit shader. It uses gradients of up to eight colors instead of one base color. The shader also has lots of anime-specific options, like shadow sharpening and strength, object outline and HDR rim.

Created to achieve the “painted” look on trees and bushes. There are lots of foliage rendering techniques which we’ve conveniently consolidated into a single uber shader. It can be used on your own models, but we’ve also included a foliage mesh generation tool that offers a wide customization space. Oh, and we included lots of fine-tuned mesh generation presets to get you started.

Renders stylized colorful grass with ambient motion and wind gusts. We’ve created a specific mesh generation tool for the grass so that with a few clicks you can create a custom mesh with automatic LOD.

Renders fluffy humongous clouds, as well as the thin smoky ones. Two provided shaders can be used for 3D and 2D clouds. The cloud meshes are also generated in the Unity Editor, with the included tool.

The skybox uses a gradient to transition between up to eight colors at an arbitrary orientation.

Our post-processing adds a final touch with two effects - “Stylized Detail” sharpens high-contrast lines while “washing out” the small details and “Stylized Color Grading” adds color adjustments frequently seen in anime. The effects are integrated with Unity’s Volume system which allows spatial control over the settings.

Renders subtle sun rays to add more atmosphere to the scenes. The shader also has noise settings to simulate particles flowing through the air.

A script that lets you easily create large amounts of electric wires. We found it to be a huge time saver for the city scene. What’s up with the electric wires in Japan?