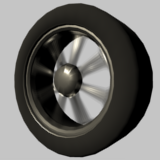 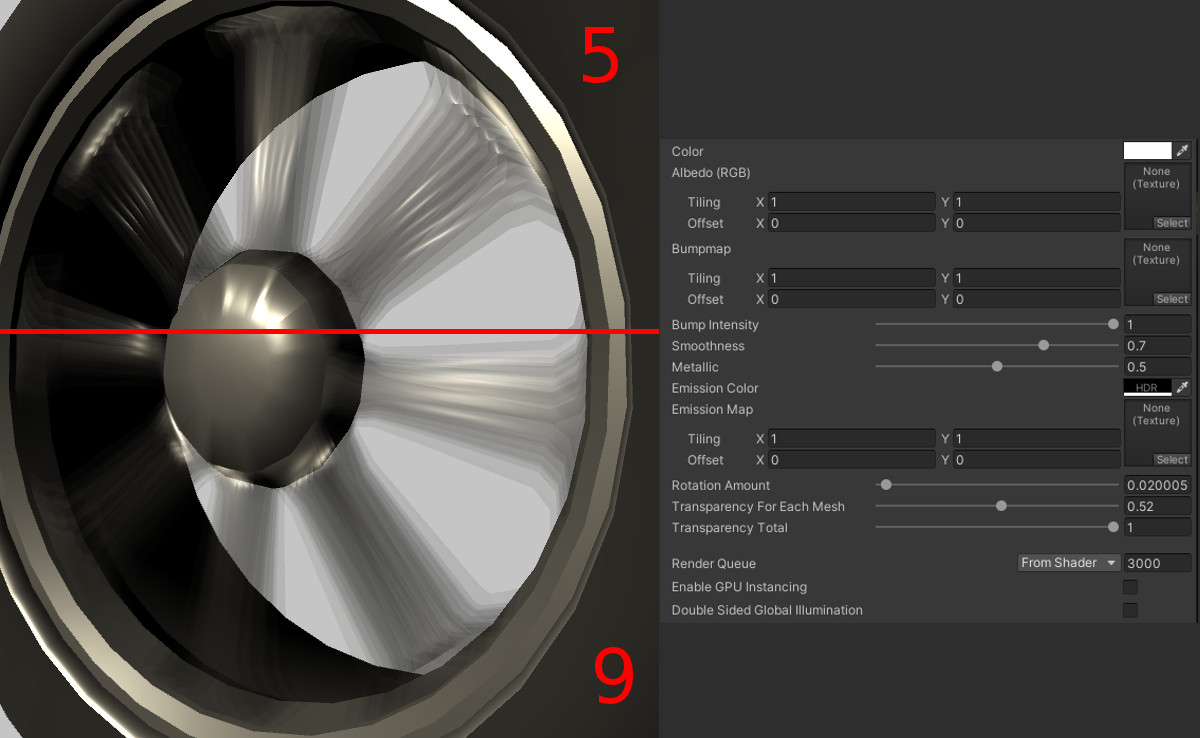 The shader draws a transparent mesh multiple times but always with a rotational offset. This can be used to fake that spin effect of a fast rotating rim or propeller of a plane or chopper.

Drawing a mesh needs one pass = one drawcall.

It is recommended to use the “FVRB_5_Passes” shader because it has the lowest pass count and so the lowes drawcall count. In most cases this gives a good result. A shader with higher pass count can give better results at higher rotation speeds but will create more drawcalls.