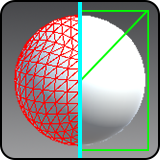 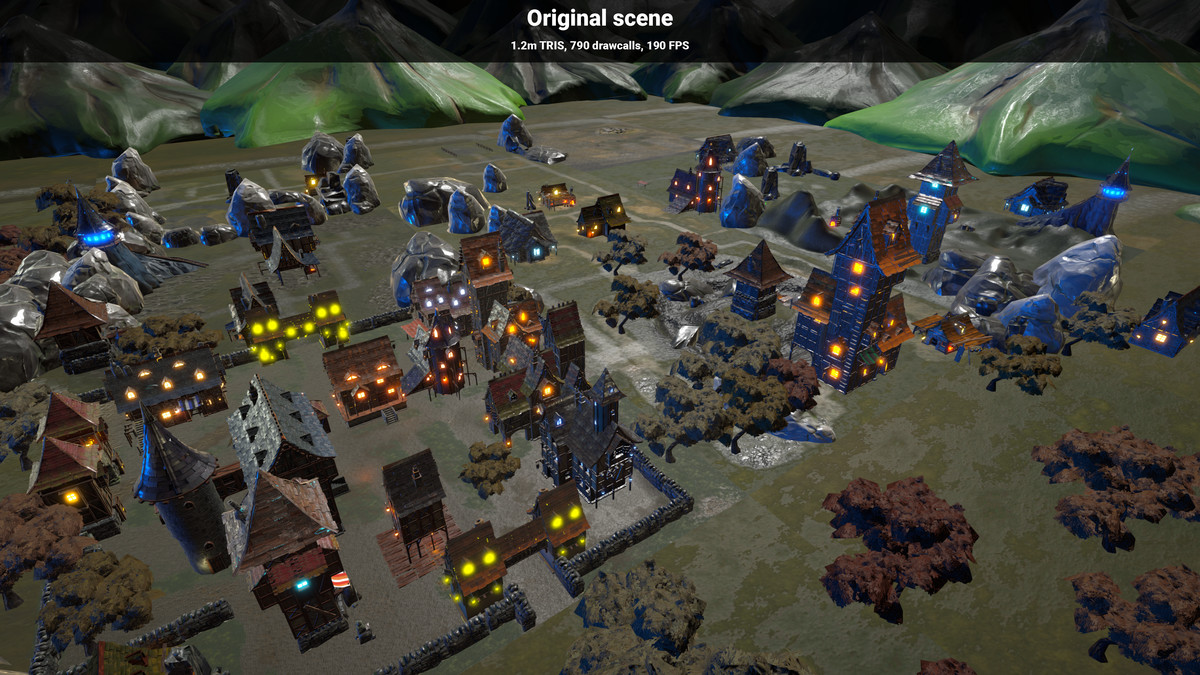 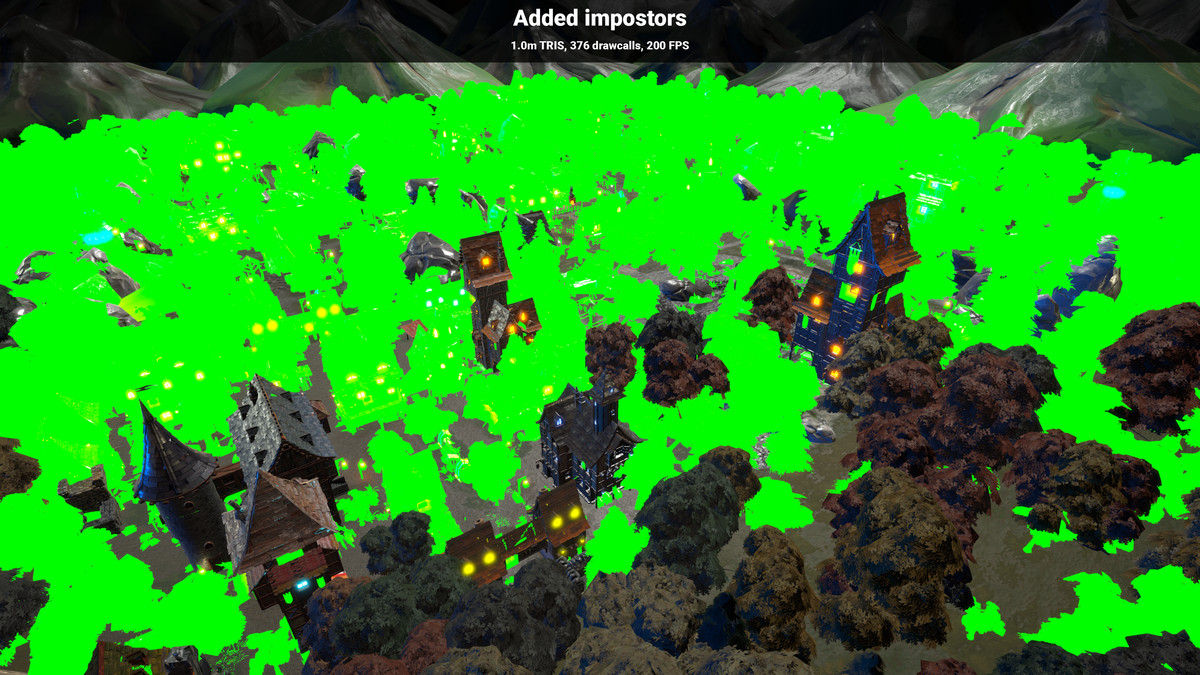 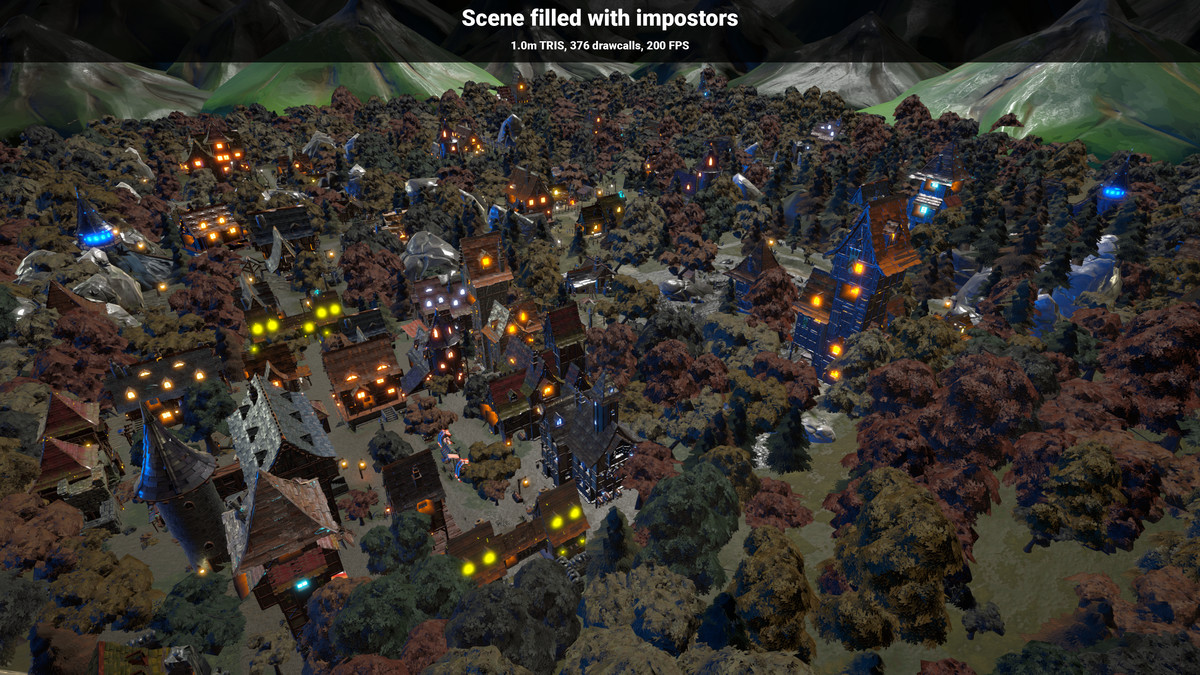 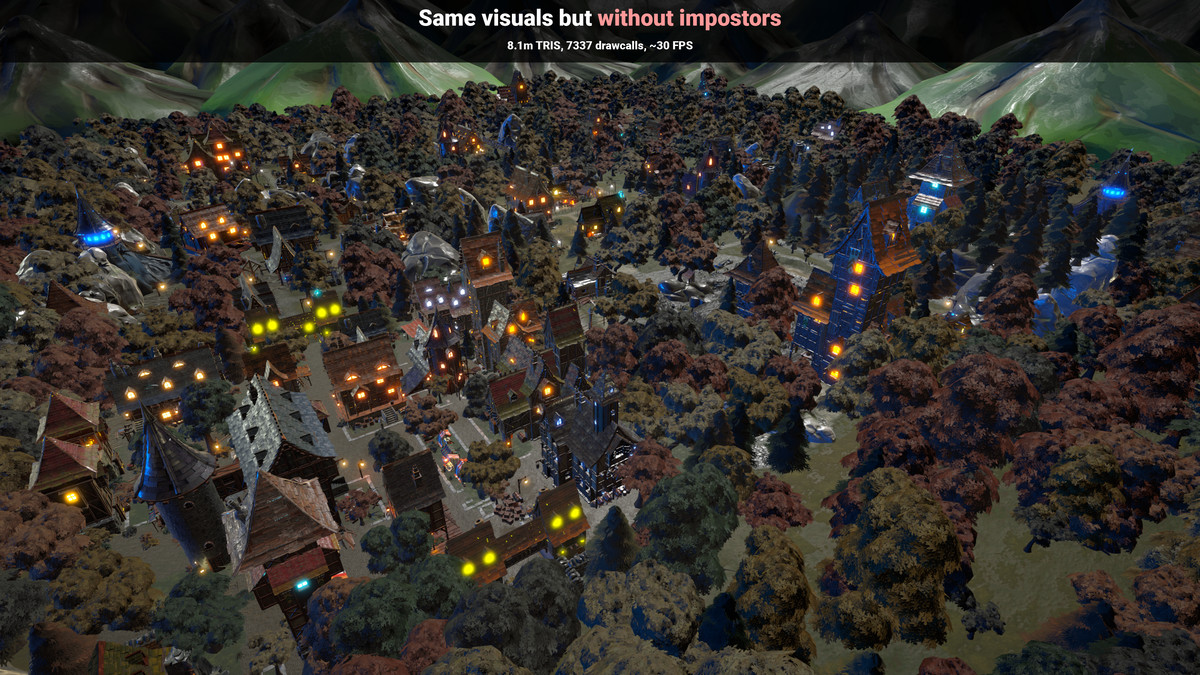 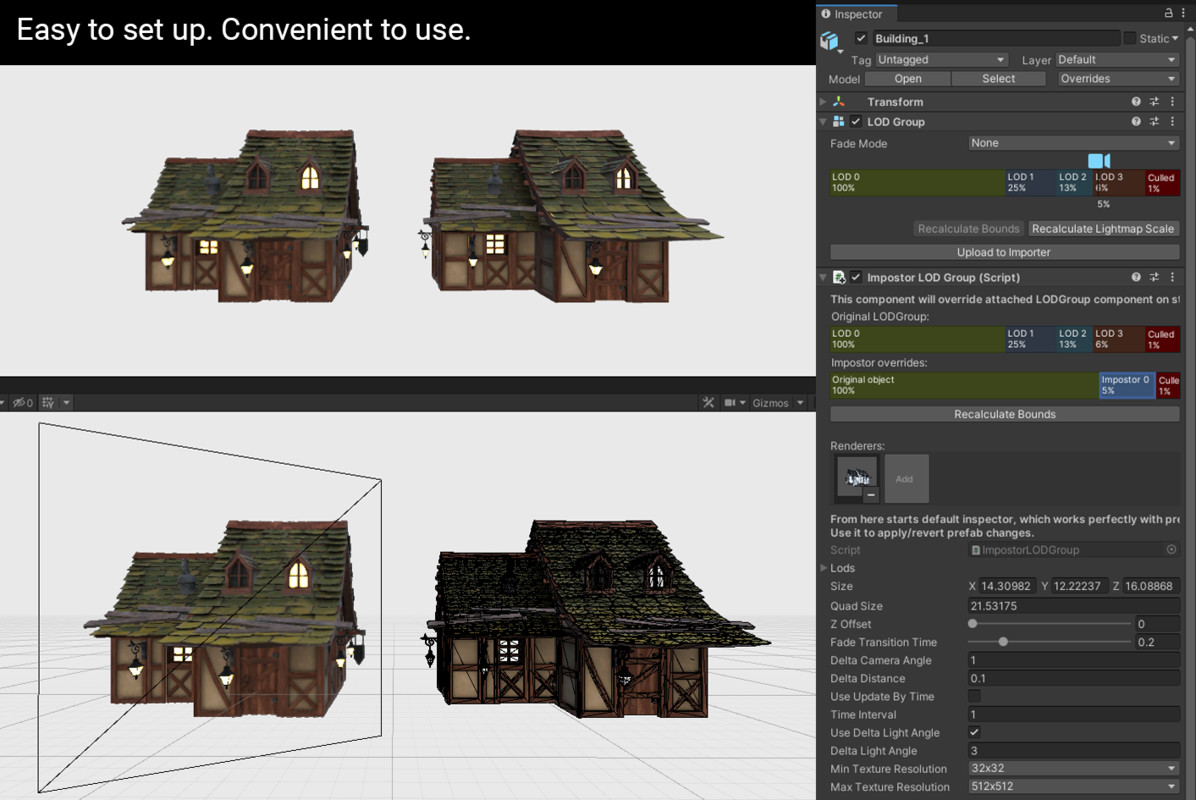 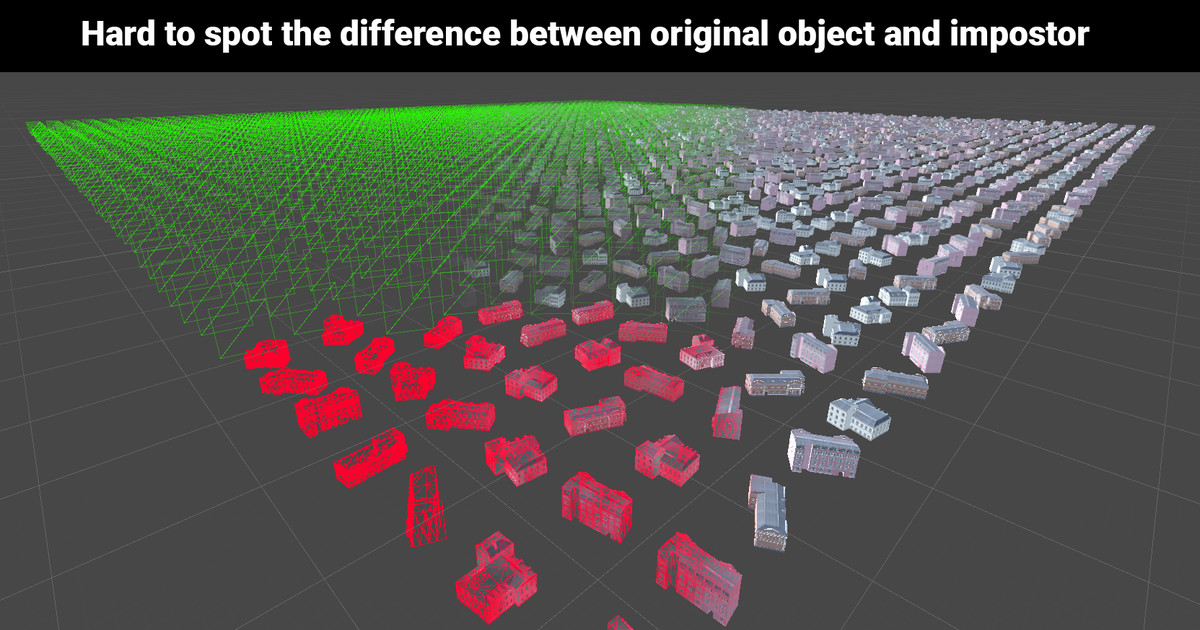 Next generation of Imposter System asset with DOTS in mind.

When creating big worlds it's important to show users the large-scale scenes with lots of objects in the background. That's a tough task that requires optimizing shaders, materials, meshes, and so on.

With the help of Impostors, you can greatly simplify this task!

Impostor - fake object(quad), that tries to look like its original object. It's very cheap to render but with a trade-off between performance and visual quality.

To be honest, we don't really need high visual quality at distance, because distant objects take tiny space on the screen. That's why there are techniques like LODs (Level Of Details).

Impostors expand this approach, and in some cases can completely replace it.

There are several problems with LODs

Poping problem is really hard to solve because it's just the trade-off between performance and visual quality. But with Impostors we can solve the first two issues:

The concept of impostors is quite simple. We just take a photo of the object from a specific angle, and then show this photo instead of the original object. When camera changes its position we need to regenerate the photo to represent object from the new angle.

Again, we stuck with the trade-off between performance and visual quality.

Impostors are not a panacea and cannot replace standard rendering.

But it provides the opportunity to fill your scene with lots of distant details if your project fits several conditions.

When to use impostors

Before we continue with this chapter I want to mention: if you have any doubts or questions about impostors working with your project, feel free to contact me with some gameplay footage or at least a high-level overview of what is going on in your game. I will try my best to answer your question and let you know whether Impostors fits you project.

Last note, Asset Store provides refunds, and I have never rejected refund requests, so you are covered.

The best scenario for impostors!

Regenerating impostor's image is a rendering operation, which we are trying to avoid as much as possible. When camera doesn't move we don't need to update anything.

Such camera behavior requires constantly regenerating photos of impostors, which leads to way less performance boost. However, I can't say that impostors cannot be used in such games! Example scene shows exactly that scenario.

The weak part of impostors.

Games like racings and flying simulators might not work with impostors as good as others. It depends on what you are trying to achieve. Feel free to contact me and we will try to understand whether your project works with impostors or not.

If your game has procedurally generated meshes, I doubt you have LODs for them:)

In such situation Impostors comes handy because it generates everything at runtime!

It depends on the platform you targeting and the count of objects you want to present in your scene. Generally speaking, Impostors is overkill for such games.

- Let's be honest, impostors are just fakes, therefore they don't receive lightings, so when lighting condition changes impostors' images need to be updated.

- At a close distance it's quite easy to distinguish impostor from the original object, so they must be used at most at 10% of camera screen size.

- For now, Impostors work only with no moving objects.