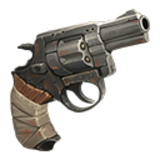 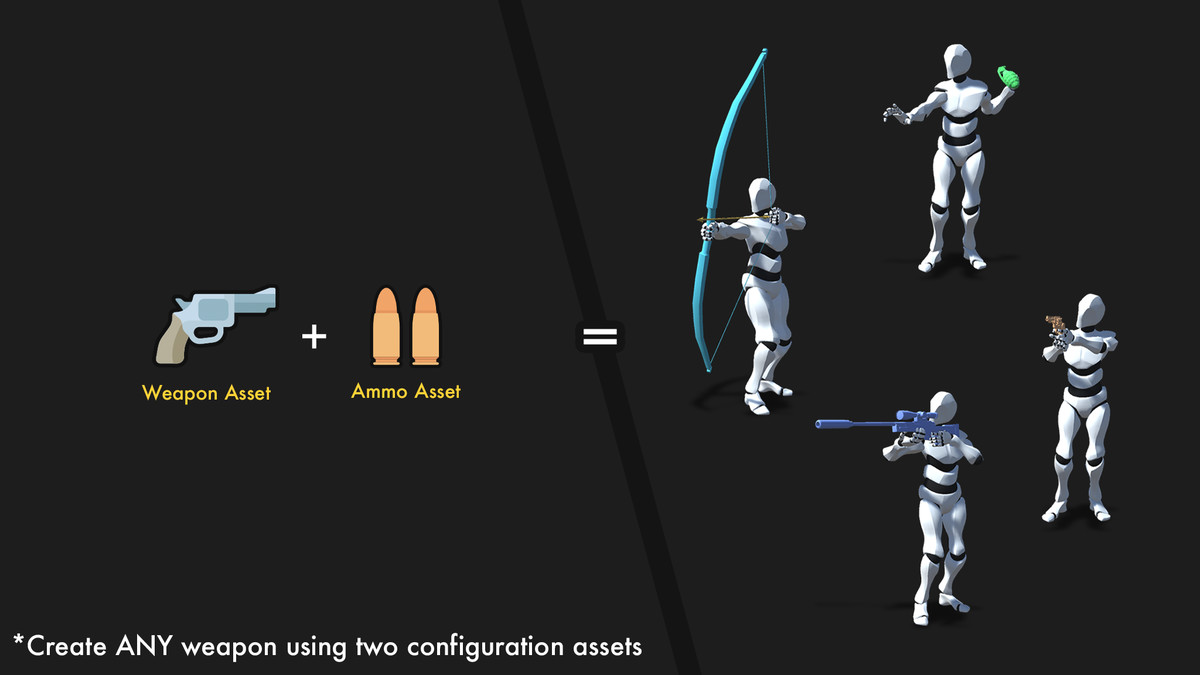 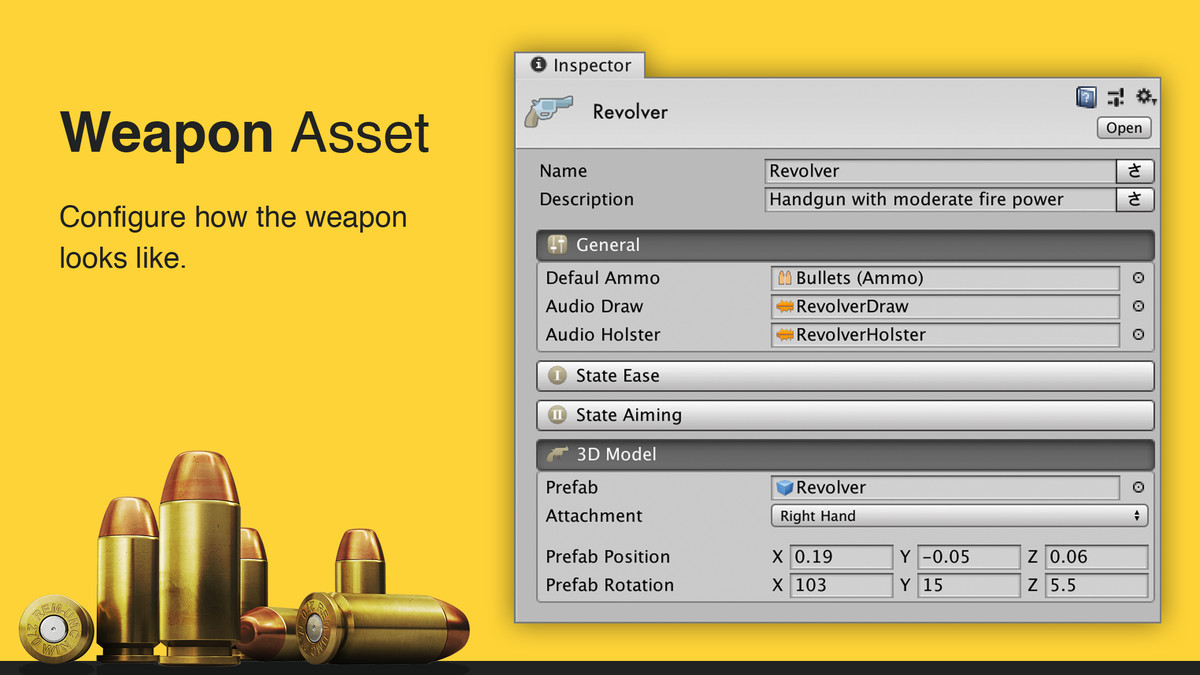 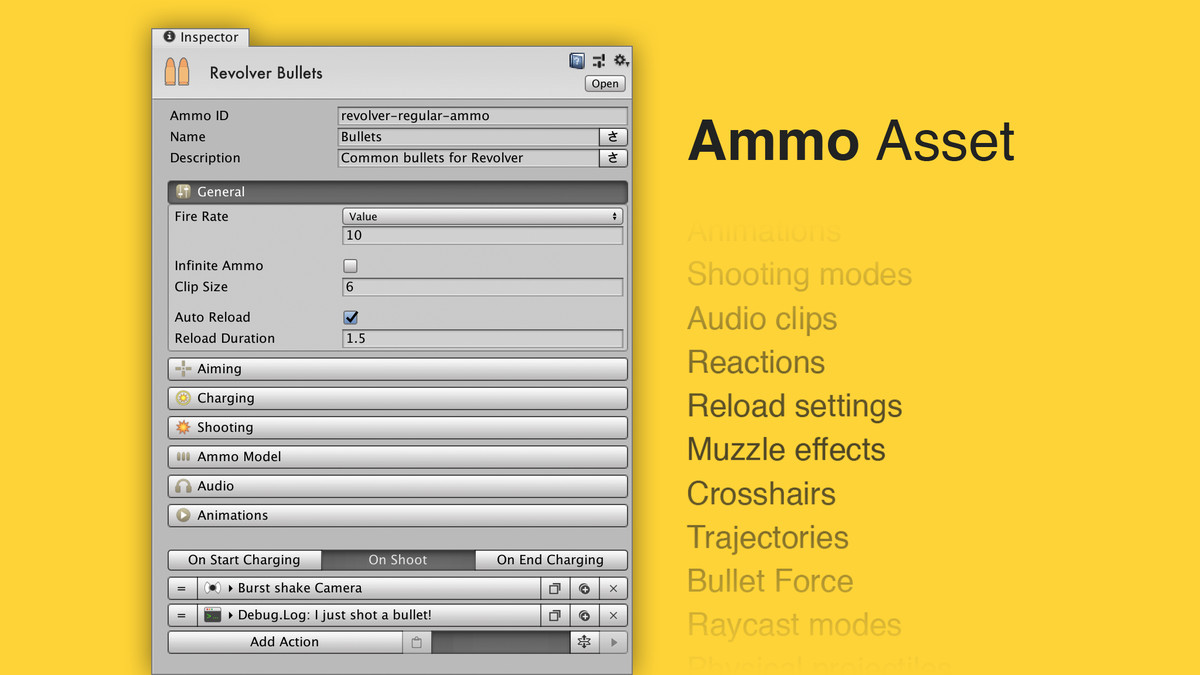 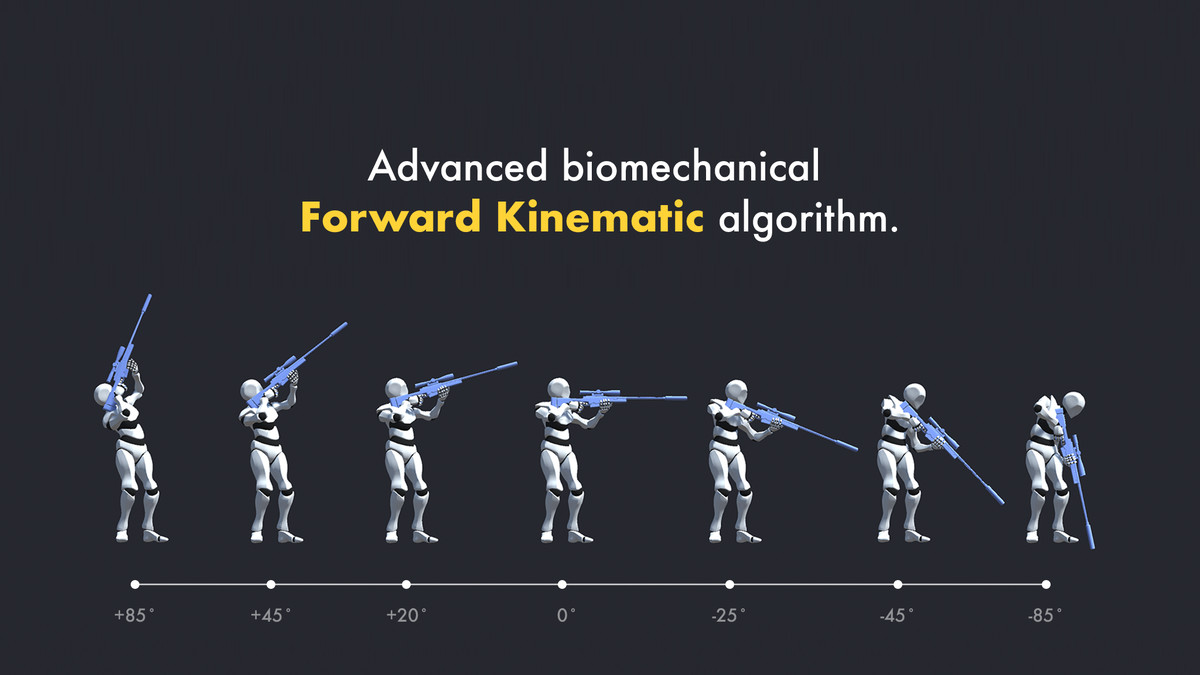 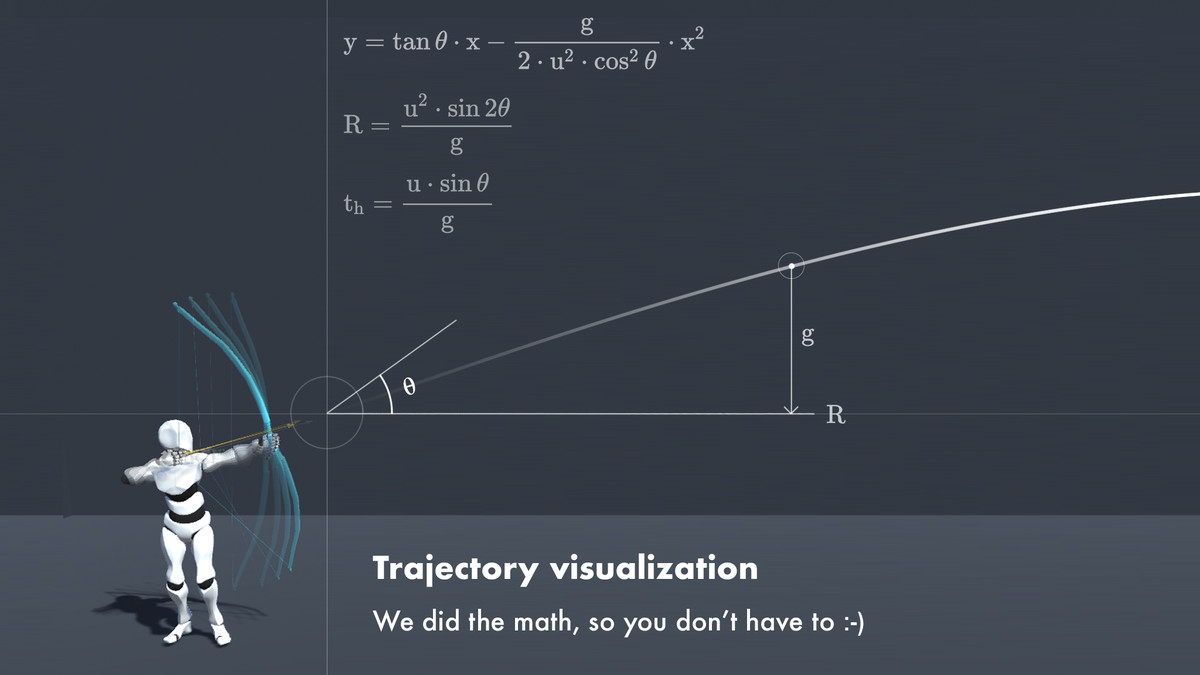 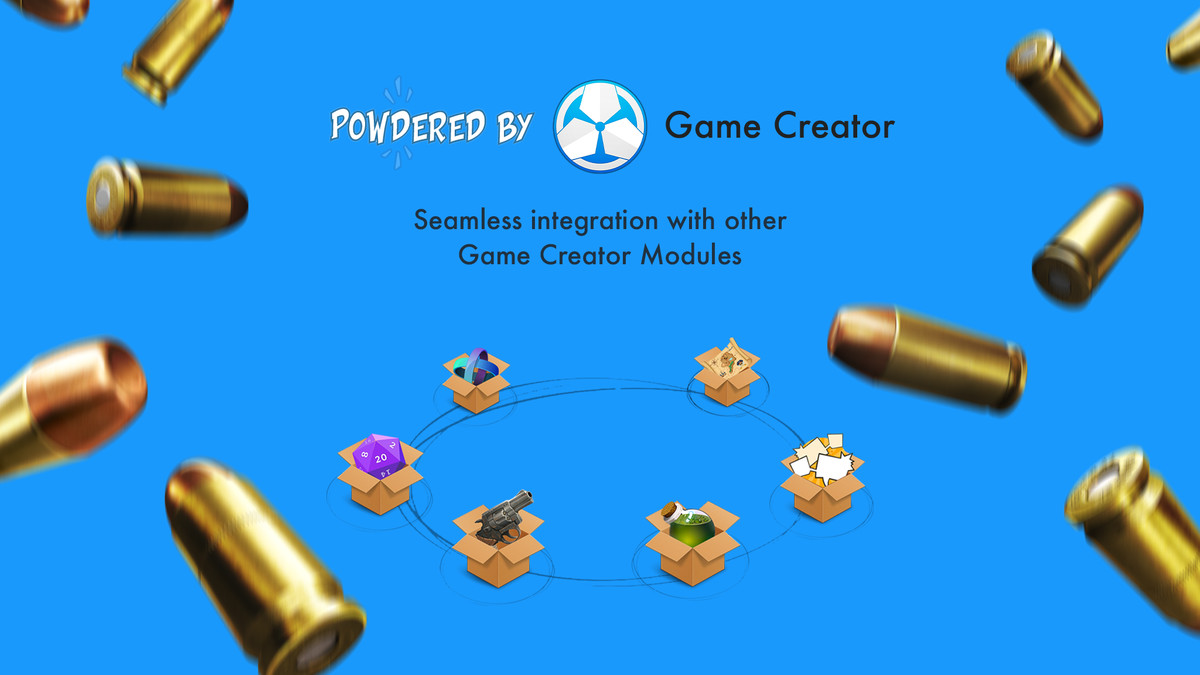 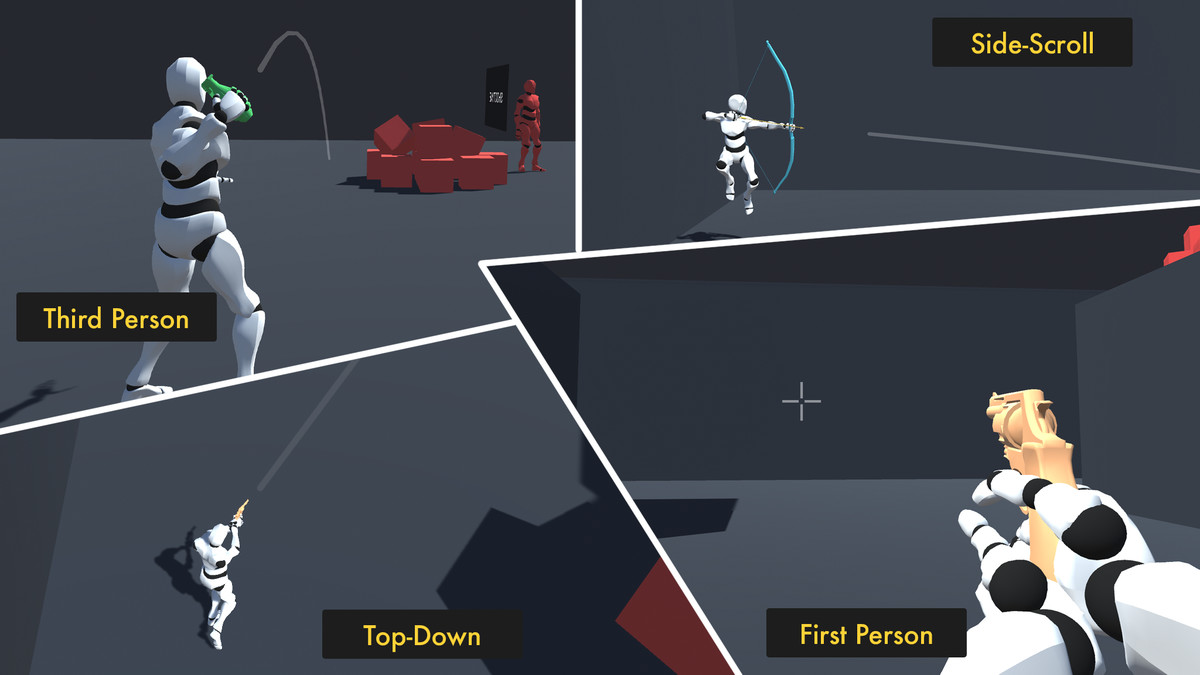 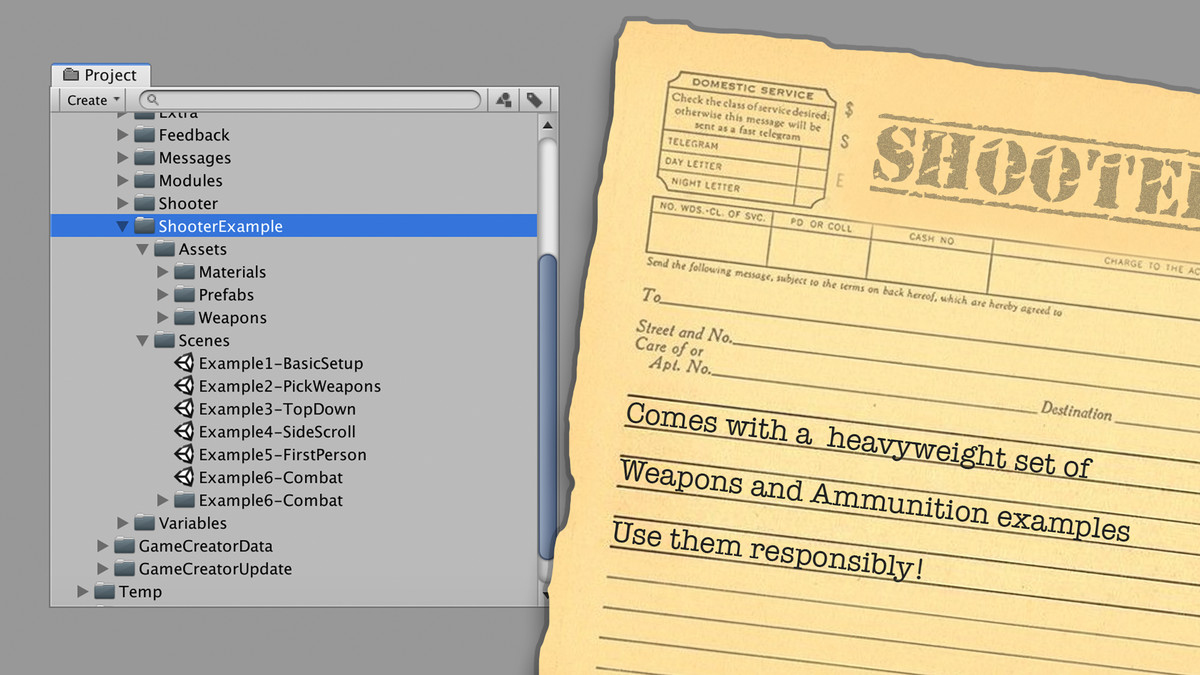 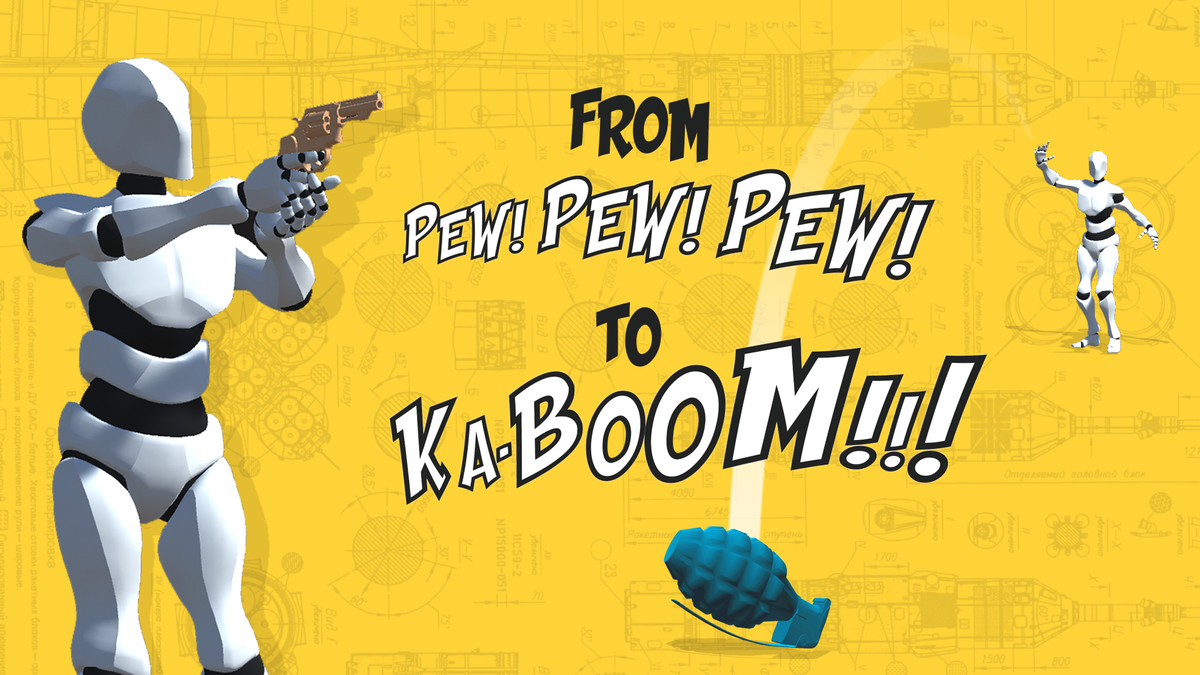 Shooter is an extension for Game Creator and won't work without it.

With Game Creator you'll have access to an ever growing number of modules.

These modules have been carefully crafted so they seamlessly integrate with your game using Game Creator's Module Manager.

Check out the documentation for a full step by step guide overviewing all the example scenes.

It's Plug & Play. No configuration is needed and works for Unity Personal, Plus and PRO.