Disclosure: This website contains affiliate links, which means we may receive a commission if you click a link and purchase something through our website. Purchasing assets through our links won’t cost you any extra money and will help fund the hosting and development of this site. 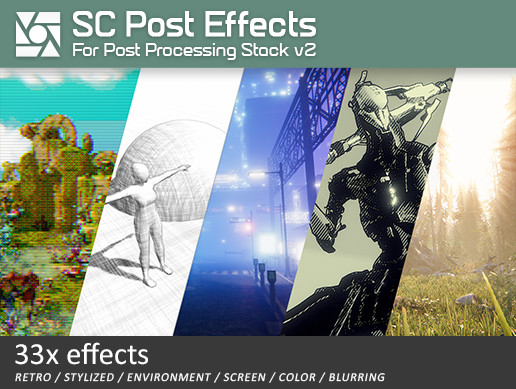 ✔️ Compatibility
This package is primarily developed for PC/MAC, mobile and web platforms are not supported.

Both Deferred and Forward rendering are supported, as well as partial support for the Scriptable Render Pipelines. See the compatibility table.

VR has been tested with Single-Pass Stereo Rendering using an Oculus Rift. Some features are excluded

📈 Performance
Post effects always have a constant, resolution dependent, performance cost. No matter the scene complexity. Some effects may be more complex than others. Scripts and shaders have been developed with performance efficiency in mind.

More details about the workings of these effects and known issues can be found in the documentation.